Decoding Alphonso Mango Popularity and Price Over The Years 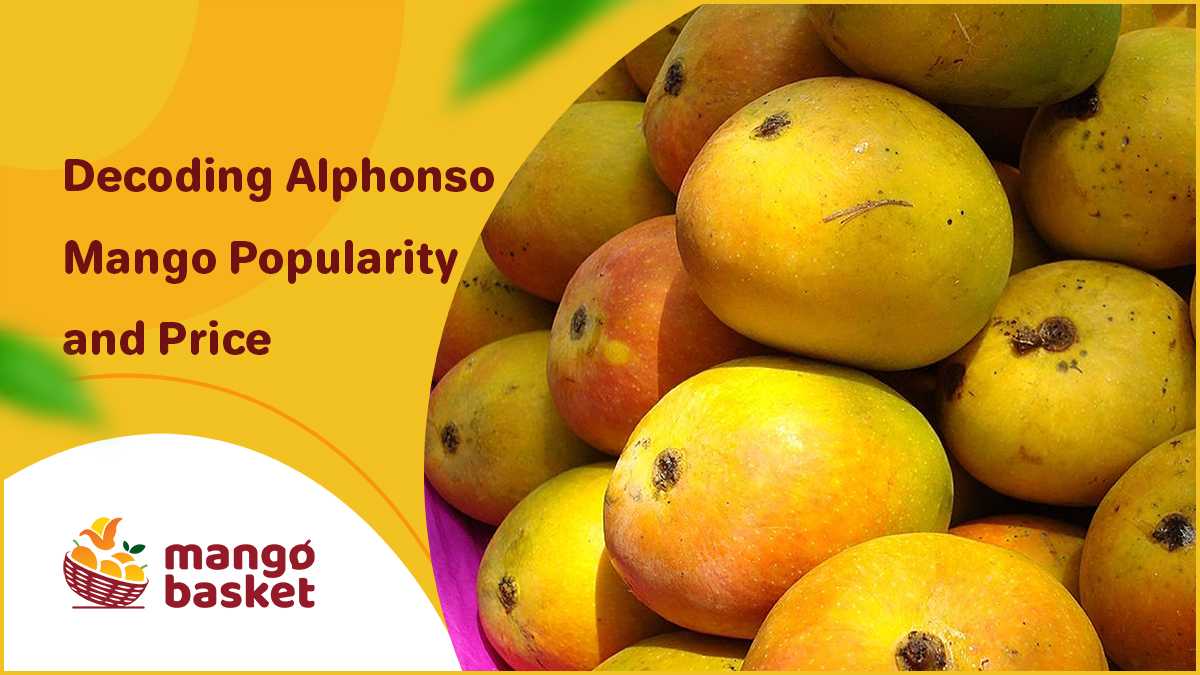 When it comes to mangoes, most of us have Alphonso mango as the favorite variety of mangoes. Also, it’s quite true that mangoes are tropical fruits that are enjoyed all over the world. Well, we often ask ourselves questions about why Alphonso mango is popular the most and how their price has been fluctuating over the years.

So, lets decode the reasons for this question and see it for ourselves. As you might know that in mangoes, there are a lot of varieties present and one of the famous varieties is Alphonso only. The price of Alphonso mangoes is at least 20% more as compared to other mango varieties.

Decoding Alphonso Mango Popularity and Price Over The Years

Alphonso Mango – The King of Mangoes

One of the many varieties is Alphonso Mangoes, which are called the “The King of Mangoes” because of their unique flavor, attractive color, and their mouth-watering taste.

Nowadays, the taste of Alphonso mangoes has become sweeter for domestic consumers as the cost of the most premium varieties of the King of Indian fruits has become halved by the ban forced by the European Union.

Traders have reported that if Alphonso mangoes reach the other parts of the countries in large quantities then the prices of other varieties like Safeda would also fall. The supply of mangoes has shot up to two to three times with the sudden rise in mercury.

Mercury causes simultaneous ripening instead of delayed ripening of this season’s crop. This has helped to increase the production of mangoes. Therefore, the prices have started reducing because of the ban imposed by the European Union from May 1. The increased availability of the fruit has been witnessed by the major markets on different occasions.

Mangoes are sold on the basis of dozens. The price of mangoes changes from season to season. The rate of Alphonso mangoes has decreased to about Rs 800per box. Now Delhi is witnessing a limited supply of Alphonso Mangoes. With increased arrivals in Mumbai, rates have fallen in Delhi from almost Rs 400 to 450 per dozen in two days to Rs 350 to 400.

According to Horticulture experts, prices of the king of fruits are yet to fall down in the and prices of Alphonso at Rs 150 to 180 for the natural ripening of the organic varieties. Ratnagiri which is priced around Rs 50 a kilo is being sold at Rs 80. Prices are likely to be raised this season.

Karnataka has calculated almost eight lakhs metrics tonnes worth of mangoes this year.this year. This year, the yield is of high quality but the size could be small as there is a long dry spell. Also, the crops were not affected by the fruit flies. The farmers are given training on expert methods and customs related issues this year. There are reports that this year the demand has become high due to its high quality.

The history of Alphonso Mangoes

The Alphonso is called “Hapus” in the western parts of India. It is given the title “The King of Mangoes”. It was named after the Portuguese viceroy Alphonso de Albuquerque, who had conquered Goa. He was even conferred the title of the “Duke of Goa”.Its arrival only emerged in Portuguese in the 15th century.The biological name is Mangifera Indica.

There isn’t much available about the history of Alphonso. The traditional varieties of ‘sucking type’ of mangoes were preferred by Indians, which had soft pulp, that can be squeezed by hand and sucked out. During this time, a large variety of fruits emerged and were distinguished by Portuguese names.

While many of the varieties are lost, Alphonso thrives in popularity. Soon grafting spread to other Portuguese controlled areas. The one from Ratnagiri in Maharashtra is considered to be the best quality.

Prices of Alphonso mangoes in different months for years

Buying mangoes in February and March are more expensive. During these months the price is in the range of Rs 1000-2500 depending on the quality and size per dozen.

In April the prices start reducing a little as the production of mangoes in Kokan (Maharashtra) has increased. Alphonso Mango prices have been reduced to Rs 716 for 12 pieces even though a pure crate of Alphonso Mangoes is still high in demand. The Hapus Mangoes price may vary. By the last week of May and June, the prices go down the slope.

The ripening of the fruit takes place in a day or two days or a little bit more. Nearly 30% of Alphonso mangoes get damaged due to drought and cyclone. It may cost Rs 75 per KG this year.

Well, after going through such details about Alphonso mango, we hope that now you must know why Alphonso mangoes are popular among the rest of the varieties and how their cost can vary in different months of the year. 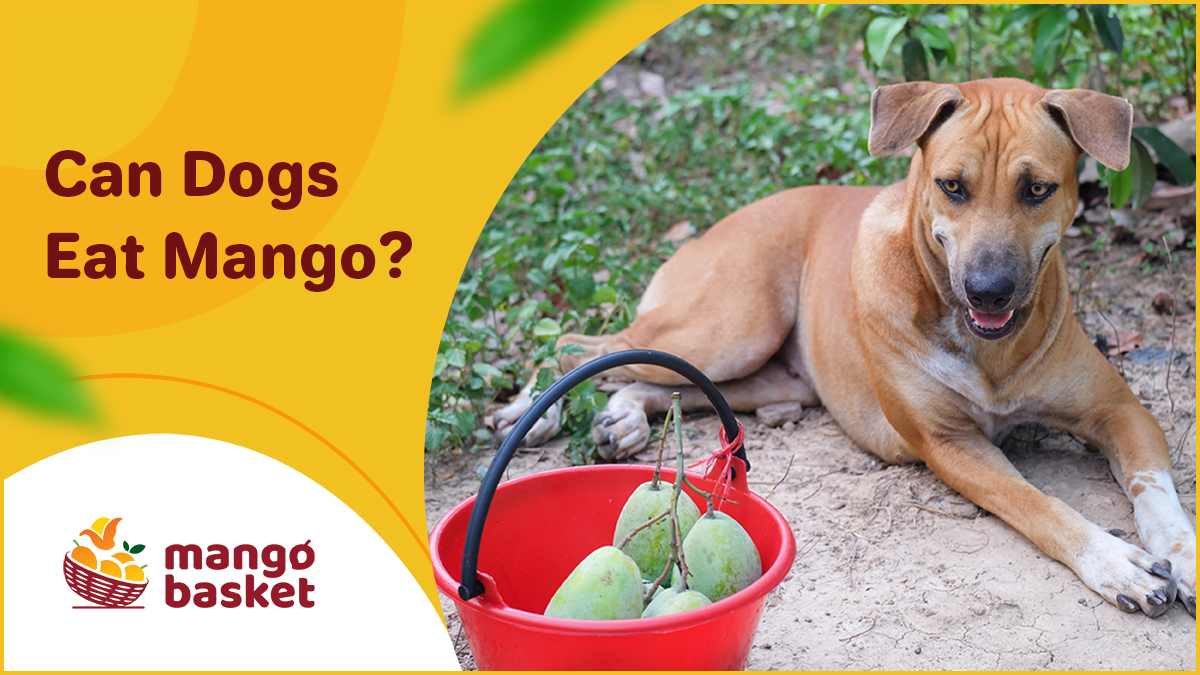 In summers you will definitely crave eating mangoes, and if you own a dog then it’s quite obvious that your dog will see you from those puppy eyes, as he/she may also want to eat. But, can dogs eat mangoes? 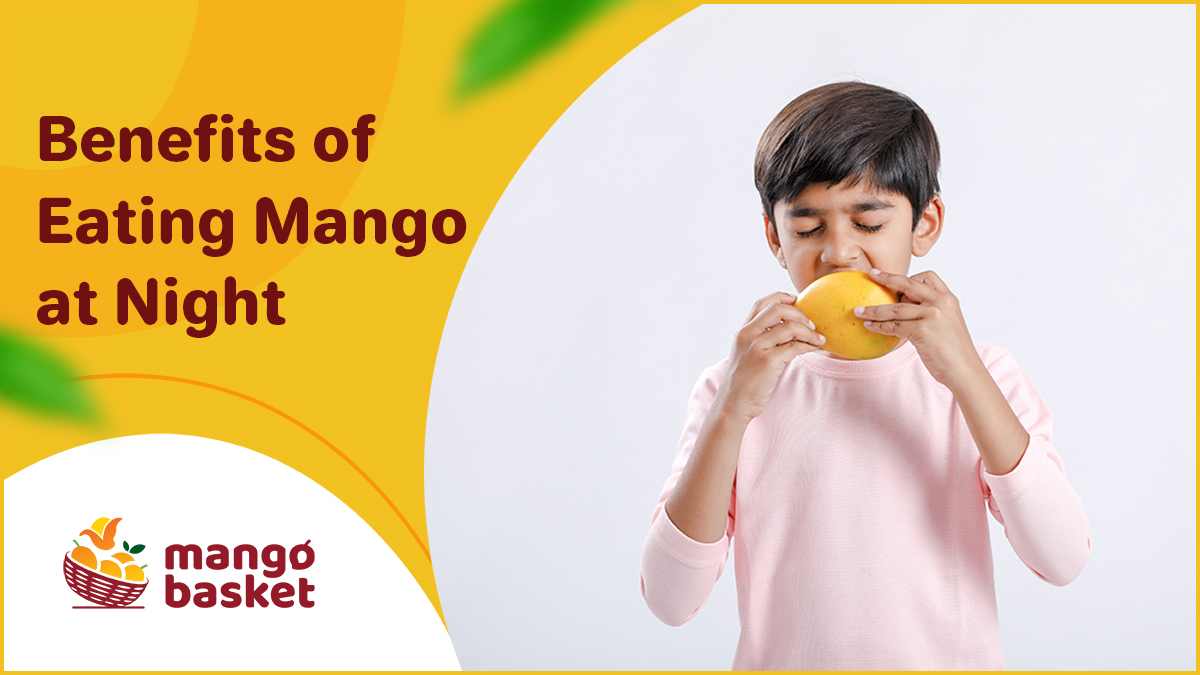 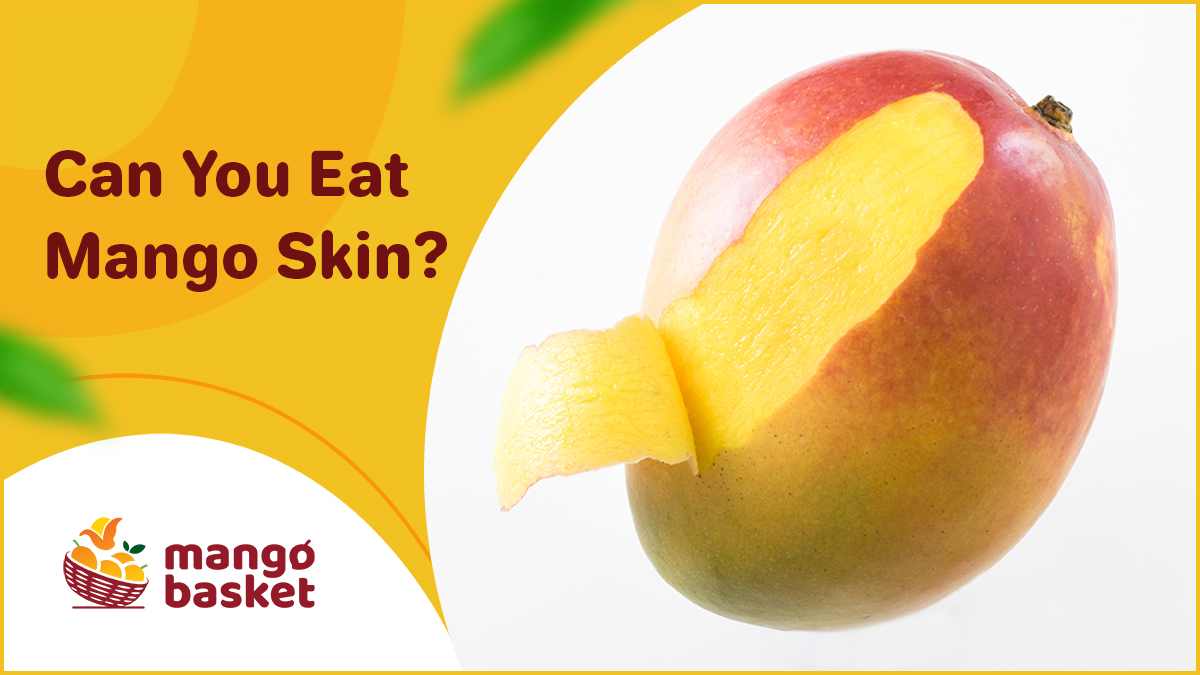 Can You Eat Mango Skin?

Sometimes, it’s quite normal to have this question in mind: whether you can eat the skin of mango or not? Well, we often feel that the skin or the upper covering of a fruit or vegetable is obviously useless for 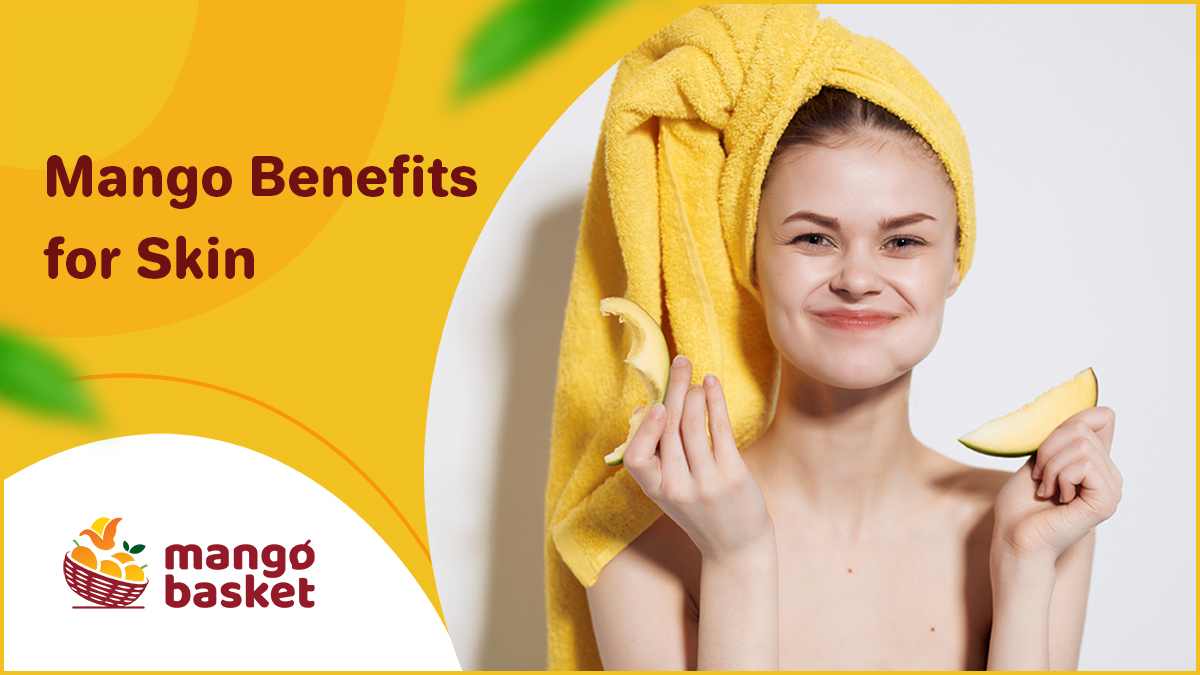 When it comes to our skin, we get very curious about the natural things that we can apply to our skin to get a glowing look. And as we know that mango is on the top list of fruits, we 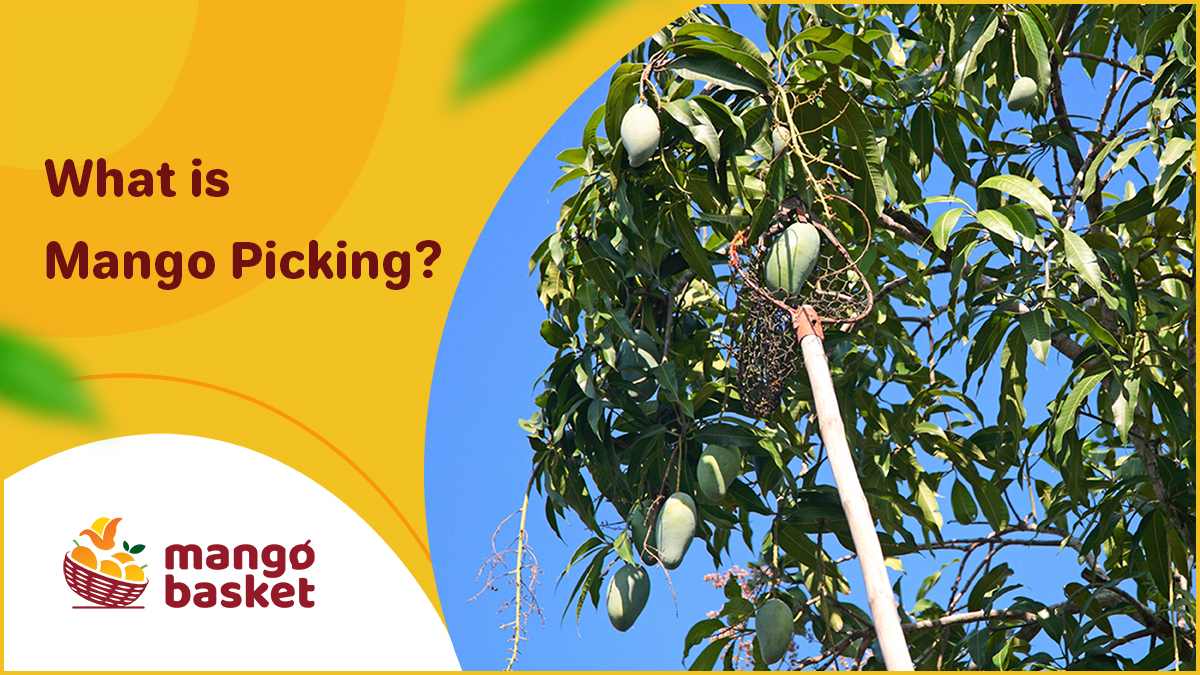 What is Mango Picking?

Mangoes harvesting is a difficult job that requires planning, timing, and technique for the proper harvesting of the mangoes. And the most important part of the process is mango packing. Mangoes are an important crop grown in tropical and subtropical